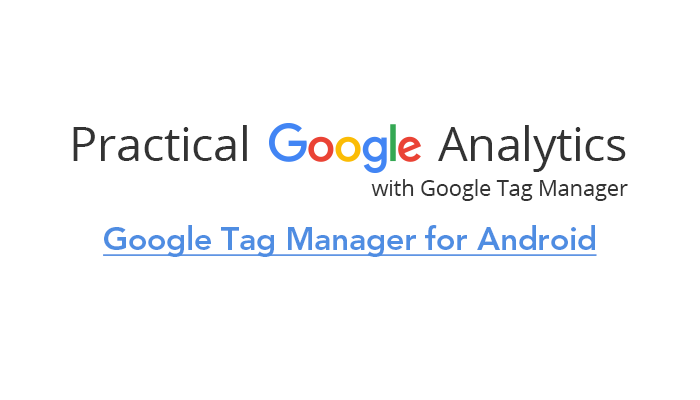 2) The Google Tag Manager for mobile application is used together with Google Analytics to help you abstract the tracking details from the mobile apps codebase and makes the lives of both advertisers or marketers and developers much easier.

3) Implementing GTM in your mobile app does require some initial technical venture, but from then on, advertisers or marketers can update certain parts of the app through the Google Tag Manager interface without even interacting with the programmer, and without having to resubmit the app to the stores or marketplaces.

4) Google Tag Manager’s centralized updating mechanism makes it especially appropriate for apps, since every code change has to go through long revision periods in app stores.

For example, under normal circumstances, if you deployed your Android app to Google Play packed with Google Analytics and you later decided to make tweaks to the analytics code, you would have to recompile your app and submit it to the app store again, and wait out the code approval process.

5) GTM also allows the dynamic implementation of tracking tags and pixels in apps. Developers can push vital events into a data layer and decide in the future which tracking tags or pixels should be triggered. Tag Manager currently supports the following tags:

Before you get started, some initial configuration steps should be completed. More detailed instructions on these are available in the Google Developers guide:

The following steps need to be completed: